Development and operations teams are sprouting up in enterprises and businesses around the world, and while formal “DevOps” programs are still in the early phases, as our hyper-connected and hyper digital world calls for more and more software applications, many analysts suggest DevOps will be even more powerful than legacy IT in the future.

In fact, entirely new categories of industries are forming around DevOps tools – for agile development and continual evolution of applications – and IT teams are using everything from Cloud Brokerage platforms to the spinning up of virtual private networks connecting clouds and applications to support DevOps teams as efficiently as possible.

Efficiency and productivity have become extremely important as the era of digital business has moved from a gold rush in the development of business and mobile apps to a more mature phase where costs can no longer spiral out of control, even when creativity and innovation are flourishing.

One of the great advantages of transformed networks, whether operator and service provider networks through Network Functions Virtualization (NFV), or business and enterprise networks through Software Defined Networking (SDN) is flexibility and agility – so DevOps initiatives can happen more readily once connectivity is managed through software platforms. 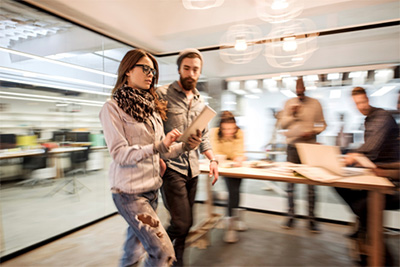 Stronger collaboration between developers and IT operations staff helps organizations accelerate the delivery of new services without compromising networks, and when DevOps, IT, and service providers work in concert with each other, performance and uptime can be dramatically enhanced. This matters through the entire process of building and rolling out applications – from prototyping to testing, to extended betas, to moving the app into general availability and then out into the customer base.

These important stages can either be complex and costly, or they can be consciously evolved, with new types of policies and playbooks within enlightened businesses.

Benefits of a solid DevOps and IT partnership, with transformed networks as a foundation?

When implementing NFV and SDN, Communications Service Providers (CSPs) are moving to software-based network services and software-based innovation models to compose new services out of network elements, or, as in the case with our Kandy “Wrappers,” they are able to simply purchase and implement applications and then customize them to work best within their business and technical environment.

In addition to that, another recent trend has emerged to simplify those network services into smaller pieces called microservices, which are independent modules that support a specific functionality or business goal with a simple interface that allows it to interact with other sets of services. These microservices can run in their own isolated VMs and are easily provisioned, brought into service or deactivated.

With NFV, SDN and microservices, network service creation takes the place of “network engineering,” and those formerly known as network engineers become network designers, creating networks for their apps. All of this, in a digitally transformed business, can be treated like software development, agile and efficient. 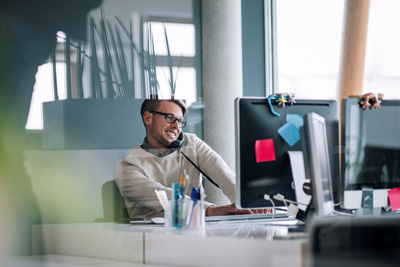 Delivering working software to internal end users or to customers is so much easier and faster using network services spun up and living on NFV and SDN platforms.

CSPs can create new services quickly through automation in cloud environments, versus having to set up servers and other physical devices. This makes development, testing, interop, integration, ecosystem solutions, APIs and so much more – so much easier.

DevOps is becoming increasingly important in this transition and supported foundationally through NFV and SDN.

A strong DevOps team, supported by a modern IT team, creates a tighter creation, testing, deployment and management lifecycle.  NFV and SDN allow for automation which can bring the service designers (the developers) closer to operations by allowing immediate deployment through orchestration tooling.

This environment also makes rolling out all kinds of real-time communications services, like those we continually build and roll out on Kandy, easy to set up and start using in minutes or hours, not days, weeks or months.

Bringing Agile IT and DevOps concepts together shortens the network service development lifecycle, enabling quick innovation, testing, versioning, and adaptions possible, and is the opposite of old-world operations in the “equipment-based” world. No longer burdened by rigid policy, change management, and layers of bureaucracy, “policy” can be baked into the software development and management process, liberating creativity.

Managing the collaboration between customers, developers, DevOps teams, IT teams and all the “stakeholders” involved in rolling out new digital services presents an enormous opportunity for CSPs. We work with many of the world’s largest CSPs, and assist them in bringing our Kandy solutions to their customers, which makes their networks more valuable and deepens their relationships as not just “connectivity” providers but “creativity” providers.

DevOps is not a technology, like NFV or SDN. It is a movement, and it is changing the way businesses, enterprises, governments, universities and others are changing the game.

DevOps is not an old-fashioned, highly formalized set of operational processes and practices. Neither is it Agile Software Development, which has matured over the last two decades and could be seen as a precursor to DevOps.

DevOps starts with a culture change, bringing together highly creative developers and highly responsible IT operations people. It continues by finding ways to turn “agile” into “automated” and is fueled by an enthusiasm for failing fast and providing fast-feedback as teams work together to build new digital services.

Evolving networks with NFV and SDN is good but is it good enough? Services are “money.” And there will be no such thing in the future as the “18 Month Development Cycle.” Programmable services over programmable networks – this is the future.

And DevOps benefits when networks are as easy to spin up as VMs, making the entire process of building and rolling out new services a snap.

Thank You!
Thank you for visiting us. A Kandy representative will be contacting you soon.
Copyright © 2020 Ribbon Communications Operating Company, Inc. ("Ribbon"). All Rights Reserved. Kandy™ is a registered trademark.