Women on the Rise: Are Technologists the new "IT" Girls?

Last week in Las Vegas I had the very proud opportunity to participate in the 13th Women in the Channel (WiC) Networking Event as part of the Channel Partners Conference & Expo. It was not only very rewarding personally and professionally, but it was a very exciting event for GENBAND and Kandy, particularly as channel dynamics in the fast moving real-time communications industry continue to change the game as we bid farewell to traditional "telecom" and move solidly into the world of Information Technology (otherwise known as IT).

The WiC Networking Event helped to recognize female channel leaders in technology and this year was focused around the theme of "The United State of Women" and the continuing need for gender equality. 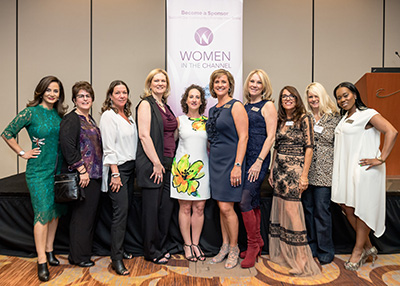 As more and more women advance in our industry, including women who have crashed through to C-level roles in some of the largest tech giants in the world, our gender continues to lag behind men in our field - but the numbers are starting to show steady improvements.

For example, this year nearly one quarter of attendees at another major industry event - Mobile World Congress (MWC) in Barcelona - were female, with the number of female attendees up 14% year-over-year. The organizers are estimating that in 2018 female attendance will rise another 14%.

Another first this year at MWC: the very well attended and well produced Women4Tech event. As a result of a stellar effort that included group tours of the exhibition floor and a networking and coaching event sponsored by SAP, the event sold out early and was moved to a bigger location. There were keynotes and panel discussions in four topic areas: women empowering technology, women encouraging technology, women transforming technology, and women innovating technology.

Each year being a part of the WiC Networking Events affords me the great opportunity to interact with some of the most successful, experienced and powerful women in our industry, who understand the challenges of being a woman in what has generally been a man's world - and beating those challenges.

While we see signs of improvement, the facts are clear: women and particularly women of color are still struggling.

Even as rock stars like Ginni Rometty rise to the top of the world's largest technology company IBM, it is incumbent upon all women who are in leadership positions to stimulate opportunities for other women, and to actively support educational efforts early on, for example supporting the Girls Who Code or CODE.org initiatives.
Change can happen on all levels of organizations and within our industries, which is why I have been personally so indebted to the WiC community for so many years, and so excited to continue to be part of such an inspiring organization.